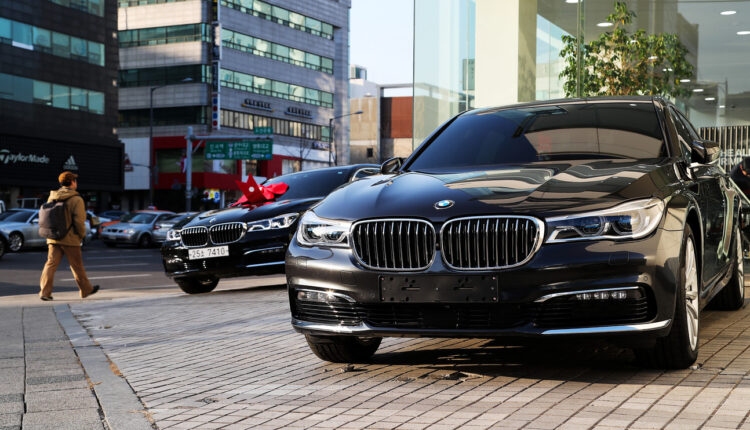 As if the ongoing Dieselgate emissions scandal wasn’t  enough negative press for huge car manufacturers, several of the manufacturers involved in the defeat device scam have been accused of conspiring to delay the implementation of cleaner and safer emissions technology. According to the European Union, Volkswagen, Daimler (Mercedes-Benz’s parent company), BMW, Porsche, and Audi will be fined for participating in the act.

The manufacturers were found to have broken the European Union antitrust rules by delaying nitrogen oxides-cleaning technical development. Each of the manufacturers are equipped with the technology to lower NOx emissions to safe and legal levels, but they did not utilise the full potential of this technology even if they have been required to according to European Union emission standards.

Volkswagen was fined approximately £426,500 million (or €502 million) while BMW has to pay a fine of almost £316,953 million (or €373 million). Although BMW was initially fined a higher amount, the EU reduced this after the car manufacturer decided to participate and settle instead of fighting against the probe.

Additionally, since Daimler reported the existence of the emissions cartel, it avoided paying a fine of approximately £617,200 million (or €727 million).

In an announcement released by the EU, it was revealed that the car manufacturers in the cartel have been working together for around five years to stall NOx emissions reduction technology. They used a chemical marketed as AdBlue, which adds urea to exhaust gases. The chemical brings down emission levels but significantly affects the performance efficiency of the vehicles’ engines.

The EU indicated that the manufacturers – Volkswagen and its brands Porsche and Audi, BMW, and Daimler – communicated and passed on AdBlue tank sizes information with each other. As such, they did not have any reason to be in competition with one another in terms of who has cleaner engines. In the process, they broke the law.

Despite agreeing to cooperate in the probe, Volkswagen authorities said they might file for legal action since the technical talks were not implemented and did not cause harm to any customer.

The emissions cartel was first revealed by a Der Spiegel report that came out in 2017. Volkswagen and the rest of the car manufacturers were formally accused in 2019. The fines for each company, however, are just a portion of their 2020 before-tax profits, with Volkswagen’s recorded at over £10 billion (€12 billion) while BMW had over £4 billion (€5 billion).

EU authorities are keeping a close eye on car manufacturers after the Dieselgate scandal broke in 2015, and of which Volkswagen was the first one to be implicated.

According to the US Environmental Protection Agency (EPA), VW sold diesel vehicles in the United States that were fitted with defeat devices. These devices are cheat software that are used to illegally reduce emissions levels during lab tests. The software automatically lowers emissions when the vehicle is being tested, minimising the volume of toxic fumes to within safe levels. However, when driven in real-world conditions, the vehicles release NOx emissions that exceed the limits set by the EU and the World Health Organization.

Aside from Volkswagen, other car manufacturers have also been alleged to have installed defeat devices. The Mercedes Benz emission scandal happened months after the VW case, and others followed, including BMW, Renault, Fiat, Alfa Romeo, Jeep, Suzuki, Nissan, Ford, Vauxhall, Citroën, and Peugeot.

NOx emissions are dangerous because of their negative effect on the environment and human health. Nitrogen oxides have nitric oxide (NO) and nitrogen dioxide (NO2), which are responsible for the formation of acid rain, smog, and ground-level ozone. NOx also contributes to the production of PM2.5 or fine particulate matter.

Exposure to NOx emissions can lead to several health issues such as breathing problems, asthma or aggravated asthma (if one already has it), increased allergic response, weaker lungs, and other respiratory conditions.

Nitrogen oxides are also dangerous for the ecosystems as exposure to high levels can damage vegetation.

Fine particulate matter, on the other hand, easily travels down to the respiratory tract and eventually reaches the lungs. Effects on human health include shortness of breath, lung and throat irritation, chronic bronchitis, respiratory and cardiovascular issues, and reduced lung function. High and long-term exposure to PM2.5 includes lung cancer and premature death. The elderly, children, and those with heart and breathing problems are more sensitive to fine particulate matter.

You can do your part

If you think you have a less eco-friendly car or are the owner of any of the affected car brands, you can do something to correct your situation. Get in touch with your manufacturer to find out if your car is installed with a defeat device.

Once you’re done verifying, you can start filing for a compensation claim. Whether it’s a Volkswagen or Mercedes emission claim, you have to find a team of emission compensation experts who can help you go through the process step by step. You don’t have to worry about expenses because most of these experts offer a no-win-no-fee guarantee, which means you don’t have to pay a thing if you lose the case.

If you want to increase your chances of winning a compensation claim, get in touch with the experts at Emissions.co.uk.

How to find a great mechanic for the car